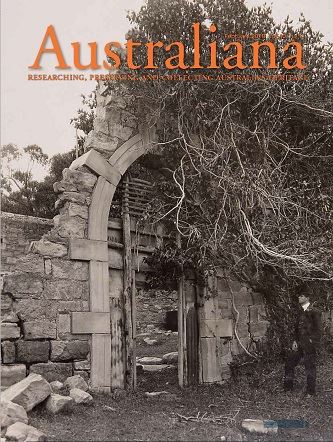 Wood and stone carver Lewis John Godfrey contributed to the high end of the artistic spectrum displayed at the International and Intercolonial Exhibitions from the 1850s into the 20th century, and his stone carvings still grace many buildings in Dunedin, New Zealand. Immediately after finishing his London apprenticeship, Godfrey sailed to Australia in 1852, soon finding employment with Launceston cabinet maker John Brown. His carvings were of such quality that four were sent to the 1855 Universal Exhibition in Paris. Rob La Nauze fills in this previously unrecorded gap in his life and corrects some details.