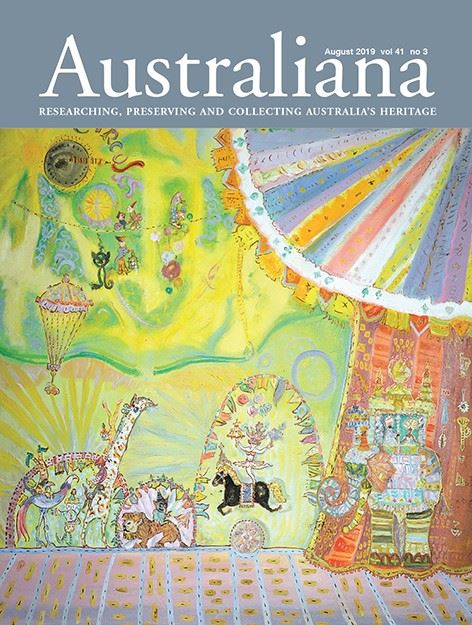 Gold Rush craftsmen and artists brought their European traditions with them in the mid-19th century, just as George de Nemes (György Nemes) brought his techniques, Hungarian folk art tradition, conceptions of what art should be, fantasies and recollections of totalitarian regimes under the Fascists and Communists in the mid- 20th century. Here he was accepted by artists in Melbourne, where he developed his own style of flamboyant, primitive art that drew on his international experiences, as well as making pottery. Rob La Nauze gives us the first account of his struggle to be an artist and outlines his contribution to Australian art.