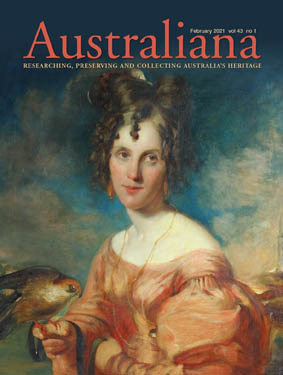 When small change was hard to obtain, some merchants minted and branded their own unofficial currency. Tokens were used as normal currency, accepted by everyone everywhere until British coins became readily available. Copper ‘token’ pennies and halfpennies were circulating in all the Australian colonies in the 1850s and 1860s. These tokens were handled, pocketed, stolen, and put in tills and church offering boxes until they became obsolete. Peter Lane explains the history of, and catalogues, the tokens made for use in South Australia.