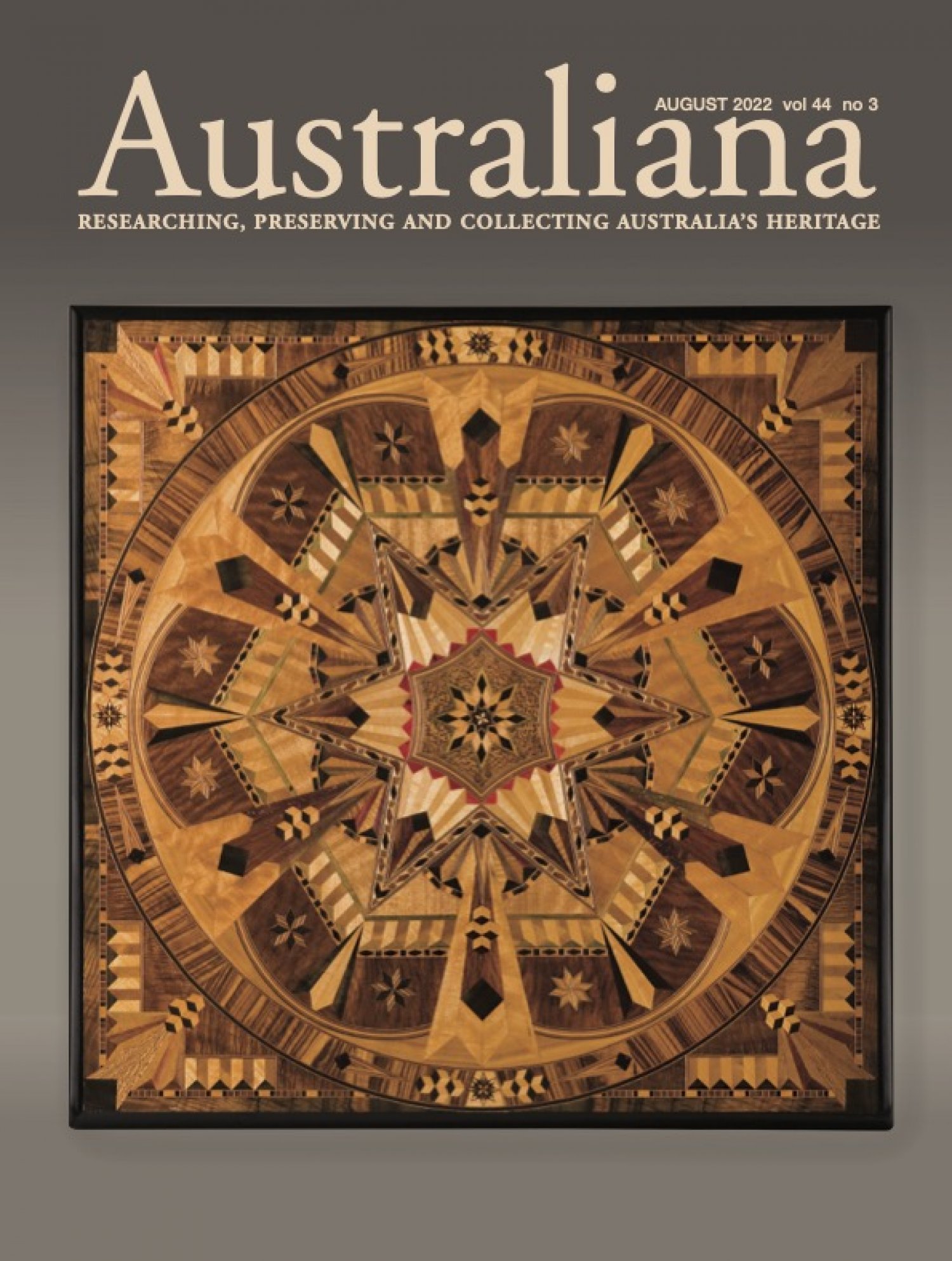 Thomas Griffiths (1856–1943), a Welsh blacksmith and wheelwright, emigrated to Queensland to start a new life as a ‘skilled migrant’, at first clinging to his old profession in the Ipswich area. When the Queensland railway network was expanding, he saw
a new business opportunity and opened a sawmill at Wyandra to supply wooden sleepers to lay the tracks from Charleville to Cunnamulla, then became a contractor, and in 1899 built a new sawmill in Cairns. He overcame insolvency in 1909 when Cairns Timber Limited acquired the premises, machinery, plant and other assets of his sawmill.1 Thomas and his sons remained associated with the mill; when he and his wife left Cairns in 1912 for a ten-month, round-the-world trip, 80 sawmill employees presented the couple with a purse of sovereigns and an address.2
Retiring in his mid-60s, about 1920 he embraced woodwork as a hobby, exploiting Queensland’s forest resources. He crafted a wide variety of inlaid articles in various decorative Queensland native timbers, first in Brisbane from about 1920 to 1927, then in the tourist village of North Tamborine, from 1927 until his death in 1943 at the age of 84. Book boxes, used for holding playing cards
or as jewel boxes, were his speciality and he probably made hundreds. Examples of these were presented to King George V and Queen Mary after being exhibited in 1925 at the British Empire Exhibition at Wembley.